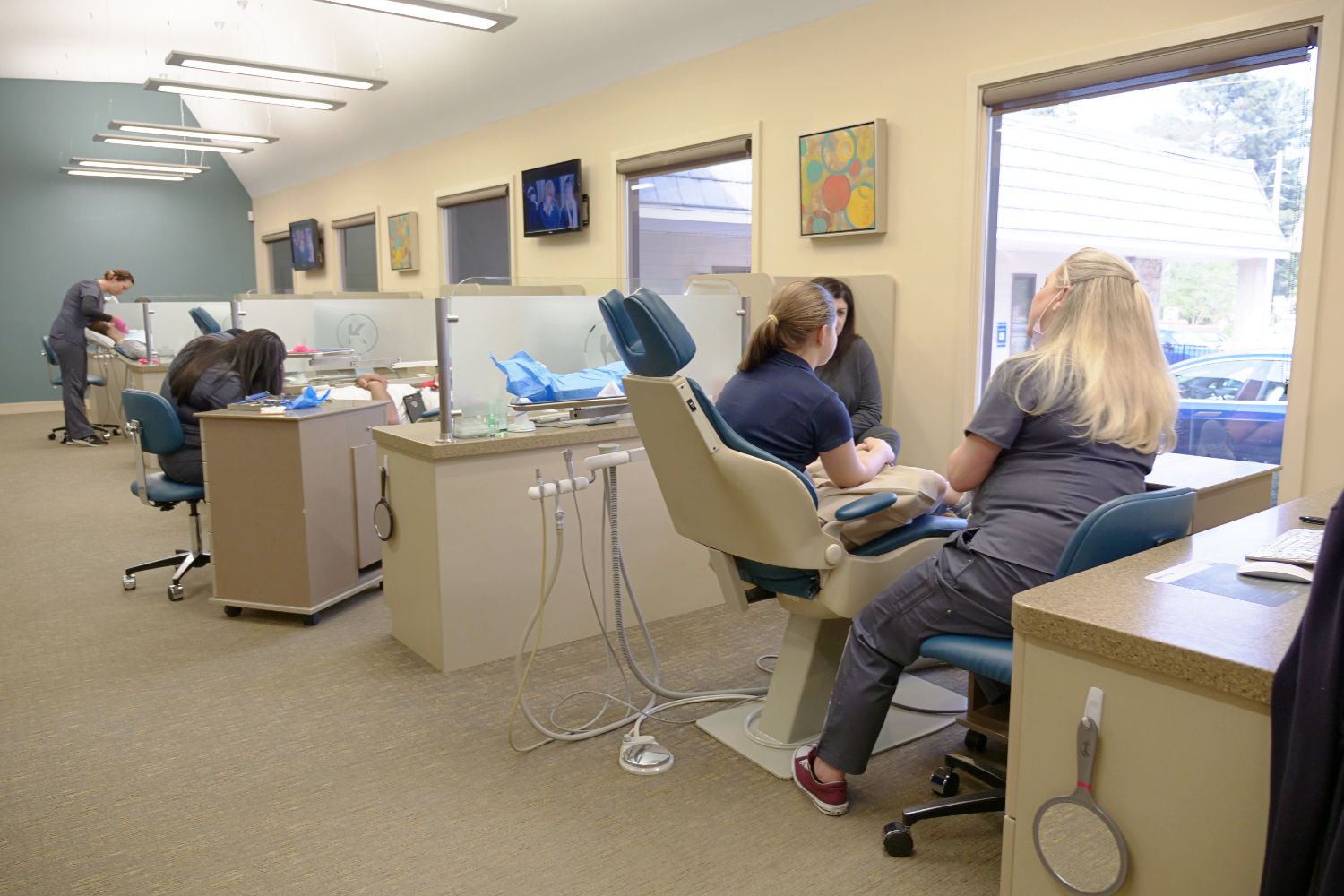 Ok so the main perk of being an adult and having braces put on is, I can control my Tylenol intake! And I certainly have needed plenty of Tylenol!

One word to describe the way I felt the first day is sore!

Lets start from the beginning…

The bonding experience was a mixed bag of emotions! Tori was absolutely awesome! She explained everything she was doing every step of the way! I was totally comfortable and at ease the whole time! This is me ready, in the chair, before my braces went on! (left) Then with the brackets in place! (right)

Once the braces and wires were on, I went straight back into my office to get on with my work and felt great! My teeth definitely felt tight. It was a crazy sensation having something stuck on my teeth. I wasn’t in any pain…yet!! I couldn’t stop looking in the mirror, and feeling them with my tongue.

When it was time for lunch I started to feel the affect of the braces, up until that point I was feeling a general achy feeling because my teeth had been worked on, but I hadn’t actually tried to eat yet, so when I went to eat I was amazed that my teeth were already feeling the effects of the pressure from the brackets and wires doing their job! Its amazing how fast they work!

I had pre-made some soup for lunch (& dinner & lunch & dinner for the days following) in anticipation of the soreness I was warned about. While that was heating up, I thought I’d make a small salad to go with it! Let me point something out here, I am salad obsessed, I eat salad twice a day every day and I am obsessed with raw carrots! SO this is going to be an interesting change to my diet! Ok, back to my first “braces-wearing” lunch, let me tell you, attempting to eat a salad 3 hours after having braces put on WAS NOT A GOOD IDEA! Chewing lettuce doesn’t seem that hard on a usual day, it most definitely was a challenge today! My teeth felt sore and biting down to chew on the salad was uncomfortable, not shooting pain just uncomfortable and sore! So from that point on it was soup soup soup for me!

As the day went on I keep on top of my Tylenol, just to ease the soreness, thank goodness for Tylenol! Have I mentioned yet, I love Tylenol!

The next morning I had to tackle breakfast, my usual menu will include something along the lines of fresh fruit and a piece of toast. On any other day, it’s a quick and easy to eat breakfast…. NOT with braces!  So I just had to think first and adjust how I ate! Instead of taking big bites of toast, I ripped it into smaller bite-sized pieces and put them in my mouth. The same goes for the fruit, instead of biting into chunks of fruit, I had to cut them into small pieces and eat carefully (side note: cereal that has softened in milk is a MUCH better breakfast idea, this is now my new regular breakfast choice!)

Each day that went by the soreness lessened and my Tylenol intake lessened too! I adjusted to eating (I am trying to eat other things than just soup) and talking was a bit of an adjustment too, I was very conscious of my braces still and I tried hard to talk “normally” but it took a little effort!! The day after I had my braces put on I had planned to go out and visit all our awesome dentists that refer their patients to us, so there was no hiding away while I got used to life with braces! It was a challenge but it also forced me to just get on and talk to people! The bonus of visiting dentist offices is that everyone had great tips for me and there were a handful of people that had braces on themselves! So I was in good company!

That first week I also had a long-standing dinner with a group of girlfriends on the calendar, we were going out for sushi! I didn’t want to cancel just because I had my braces put on, I love sushi….. but…eating sushi is definitely not as easy as you think with new braces and sore teeth! (….try biting or cutting sushi into bite sized chunks  – its messy & not the easiest task!) All my friends have found it slightly amusing that I have braces on for the first time at the age of 31, but they are all being generally supportive and sympathetic of the process (initial soreness and learning to eat!) and I think its taking them all back to their childhood years!

I am a mommy to a 5 and 2-year-old boys who are finding me very interesting right now; my 5 year old’s comment was the best! When I picked him up from carpool I showed him my braces and he said “oooohhhh COOL MOM!!!” That was an awesome reaction! My younger one cocked his head to the side and looked intrigued! Over the course of the first week I kept finding them both looking at my mouth and my 5 year old asked to touch them….they were so intrigued by me, it was very amusing!

By the 3rd day of wearing braces I could already feel the effects, my teeth had begun moving – nothing visible but there were certain teeth were rotated in my mouth (hence my need for braces) that felt “loose” they really were the only ones that still felt a little sore/achy when I bit down, but I wasn’t in any pain at all!

Other than amazing amazing Tylenol I have a new favorite accessory in my handbag; Wax! I was warned/advised that I should try to “rough-up” my cheeks in that first week, to a certain extent and not wear wax on all my brackets all the time. I definitely tried to follow that advise but there were times where wax was a necessity, my new best friend & the best invention ever! This was especially true at night, the brackets on the teeth towards my back rubbed on my cheeks and it was a little hard to sleep, my answer to this challenge is reaching into my bedside table and putting on as much wax as I can, that will stick (a new skill I have acquired since having my braces put on – wax manipulation, knowing the exact quantity of wax to pull off the stick to mould around the bracket—too much and it wont stick properly, too little and its not effective!)

(Side note: I have stashed packs of wax everywhere!! In my car, by my bed, in the kitchen, in multiple places in my handbag and in my desk drawer! Basically a pack of wax is never more than a small reach away! If have caught my lip or cheek on a brackets towards the front…seconds later I am reaching for my beloved wax!

Next up on the agenda is showing my husband my new brace face, he’s been out of town for the entire first week!  Nothing says romance like your wife adding metal and wires to her mouth while you’re away….Wish me luck!!